Weekend One Hundred and Twenty: Return to Heron Rock

Hello again, Heron Rock! Since returning to Victoria, it's been our go-to for some good tastes. Since we've written it up before, this will be a bit shorter a review than normal. 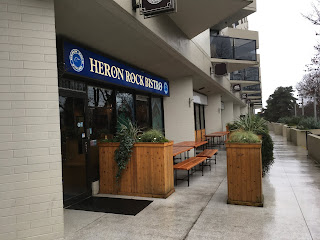 As per our usual habits, I chose the Huevos Cubanos and Catie chose the Classic Benny. While our past reviews have indicated some variety in the bean quantity, this visit had the perfect bean quantity. As well, I've now sampled the Huevos Cubanos with both the chorizo and pulled pork add-ons, and I think that you can't go wrong with either choice. Catie has had both full and half orders of her favourite Bennies, also reporting high quality and good taste. 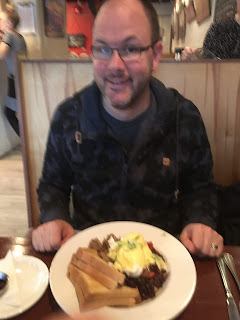 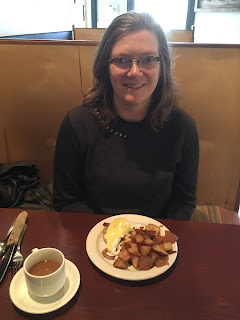 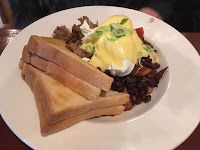 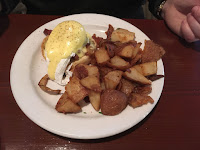 We'd also like to welcome a new hoodie to the blog. An early Xmas gift from Catie, it replaces my old Garmin-Sharp team hoodie.

Heron Rock: it's in the Thrifty's complex in James Bay, and on the interwebs at https://www.heronrockbistro.ca/ Happy brunching!

We left our secret location, headed out to a familiar brunch spot on the peninsula: Cafe Zanzibar: We were to meet with Catie's parents and check out what's new on the menu. 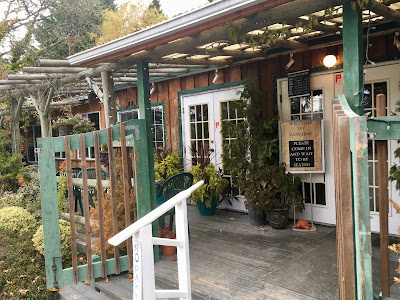 Cafe Zanzibar is off the beaten track, hidden behind some trees and a gravel parking lot. It's a low wooden building, with many windows, tucked in a forest-like setting. All the windows show is green, which is pretty relaxing! The service is usually pretty quick, and it's always a pretty active kitchen. No waits for our table, and we settled in to peruse the menu. 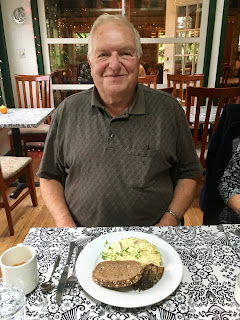 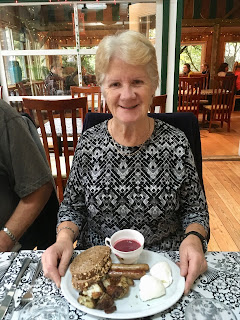 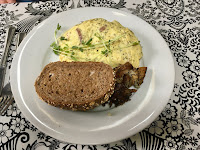 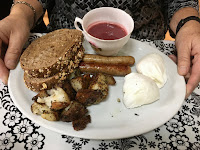 Catie's Mum selected the Full Breakfast ($12), while Catie's Dad went for an omelette ($13). Catie decided on the Classic Benny ($16), and I also chose the omelette. Several fillings are available for the omelettes - Jim and I both selected the bacon and feta. The Bennies and Full Breakfast come with a fresh fruit smoothie, which I heartily recommend. More brunch spots should have smoothies included with their breakfasts! 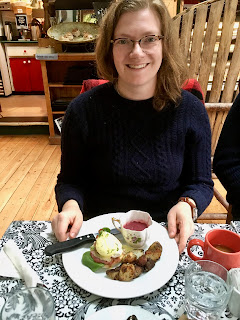 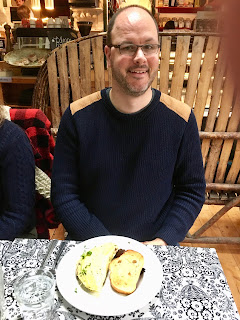 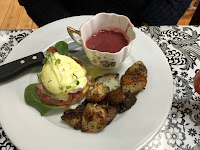 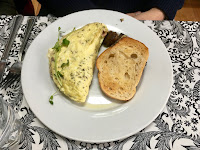 So, how did it all taste? The potatoes are pretty good, and we all had them, but the omelettes stood out. Light and fluffy eggs, with generous fillings get a recommendation from me. Catie's benny had tasty Hollandaise, probably freshly-made, she said, while the Full Breakfast fills you up with good taste.

This is the first write up for Zanzibar, but it's not our first visit. Perhaps you should make plans for your first visit, especially if you like tasty brunch served in a green and relaxing setting!

Weekend One Hundred and Eighteen: The Village Restaurant 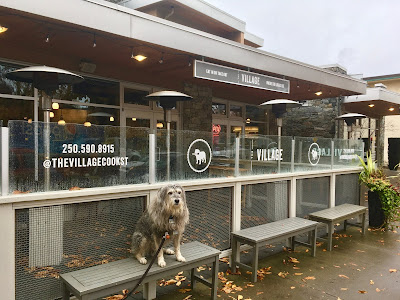 We left our secret location with our minds on a dog walk with lovely #beardedmuppetdog. We often let beard muppet dog take us for walks and he like to cross the park and go to the dog shop on Cook street, Paws on Cook. Bearded muppet dog loves Paws on Cook. After a family visit to Paws on Cook we saw a brunch possibility right beside it, the Village Restaurant! Feeling hungry and lucky we sat at the picnic table outside while bearded muppet dog sat on one of the dog beds provided by the restaurant. 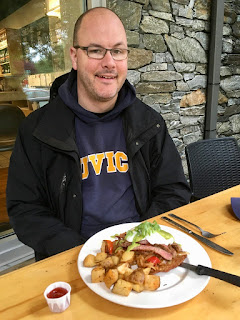 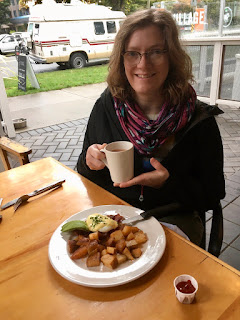 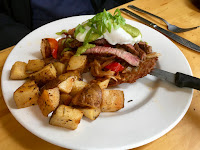 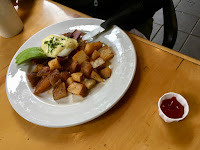 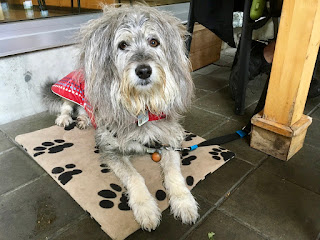 A summary: it's great, you should eat there, get lots of latkes, take your dog with you, and order extra sauce because they really don't give you enough!