Weekend One Hundred and Eleven: Caffe Fantastico is 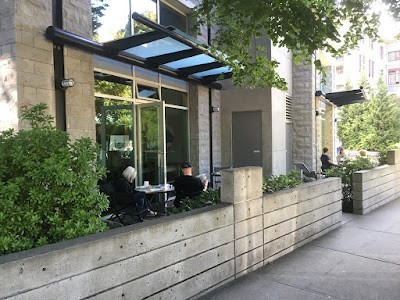 It was a sunny Saturday,  and many classic cars had come to a car show near our secret location. We promptly went to investigate with Bearded Muppet Dog in tow. After ooh-ing and aah-ing over the amazing paintwork, vintage speed parts, and impressive upholstery, we ended up at Caffe Fantastico, 810 Humboldt, near St. Ann's Academy. Now, we have stopped here many times in the past for a coffee and scone - usually on a dog walk - but we had never ordered from the menu. Today was the day! 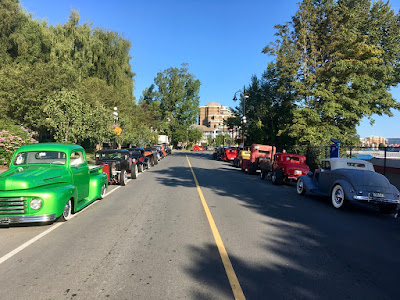 Catie selected the Breakfast Sandwich for $9, and added bacon for $3. The café has no facilities for frying, and she was thus offered a choice of a poached or scrambled egg for her sandwich. She chose hard poached, and said that it was the right choice. The guacamole had a strong lime taste, almost like  a lime salsa verde with hints of avocado, which she said was "delicious." Would she order it again? "Yes," was the reply. She also ordered a coffee, which she says was "absolutely delicious." 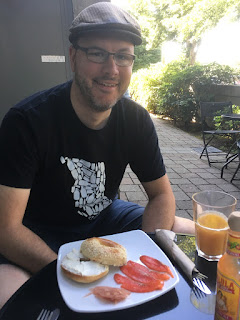 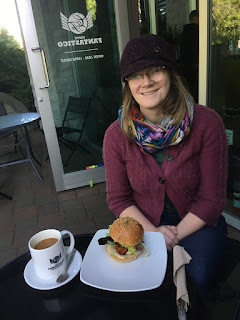 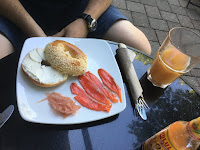 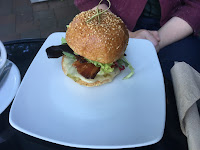 Catie ordered the bagel and lox for me, which was $8. The pickled onions were tasty, the lox was flavourful, and the bagel was spread with just the right amount of cream cheese. I missed having capers on the top, but I think that is just me being fussy. I would order it again. I also had the local apple juice, which was pleasantly unsweetened. It tasted like an apple - but it was liquid. Highly recommended! 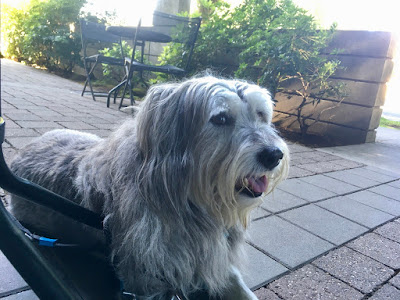 Even if there isn't a car show, or if you have no dog, we'd suggest walking on down to the aptly-named Caffe Fantastico. Close to both Beacon Hill Park and St. Ann's Academy, it's a tasty place for a little snack or a brunch. The patio is shaded and the street isn't too busy, so it's a good place to recharge yourself before braving the rest of your walk.

Caffe Fantastico, 810 Humboldt, Victoria
Posted by Dave at 7:11 AM No comments: